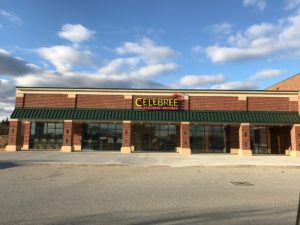 Celebree Learning Centers in Middletown, Delaware, is now open and enrolling children, ages 6 weeks to 12 years old, in all programs.  The nearly 10,000 square foot building is one of Celebree’s largest early learning centers and can serve 148 children.

This center marks the second Celebree Center to open in Delaware. The Celebree Learning Center of Bear opened in 2007 and serves more than 145 children.  President and CEO, Richard O. Huffman said, “the parents and children’s experience with the Celebree Center of Bear was exceptional due to the caring and knowledgeable team of teachers and staff.  We saw such great success with our location in Bear, DE, and with nearing capacity, we knew we needed to open another Celebree Center to be able to serve more and more families.”

Celebree Learning Centers’ mission is to protect, educate, and nurture children in a safe, stimulating, and positive environment so they are prepared for school and life.  Celebree was founded in 1994 and has a total of 25 locations, with 23 in Maryland and 2 in Delaware.