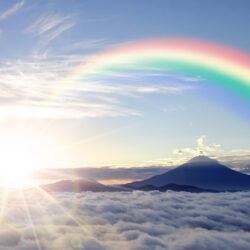 Every March we’re all more than happy to celebrate St. Patrick’s Day, an unmatched revelry of commemorating our (sometimes) dubious Irish origins, wearing green, and heralding the imminent arrival of spring. This year got me thinking of how the holiday has a greater effect of pushing Irish folklore that includes shamrocks, leprechauns, rainbows, pots of gold, and the aspect of luck and prosperity. Lucky Charms, anyone?

Seriously though, we delve into these folk tales because they’re amusing. Who among us, upon witnessing a rainbow, doesn’t think for just a moment that there might really be a pot of gold where it ends? There’s that small part inside all of us that wants to believe in the dream that it could actually be true.

By now, you’re probably wondering how this all ties back to Celebree. And what I can share with you is this—what I hear from the growing family of Celebree School owners is that they truly believe this franchise opportunity is the pot of gold at the end of their rainbow. All of them are certain that their location has everything to do with their future success.

Celebree School has multiple rainbows now glimmering in 12 states in the U.S. They span the skies as far north as the state of New York and as far south as the Carolinas. Where each rainbow ends, sits a Celebree School, waiting to educate and care for an entirely new generation of children. These learners and dreamers will have access to teachers and resources that will shape their minds and set them on a path of prosperity and success.

The Celebree motto is “We Grow People Big and Small”. We want to open 100 schools by the year 2025 and we have the business model to accomplish this goal. We’re looking for ownership candidates who want to leave a legacy for their children and others. Ones who want to make a difference in their communities.

We want to nurture the imagination of thousands of young minds, so they’ll also grow up to believe in that pot of gold at the end of the rainbow. If the prospect of educating the next generation of learners and dreamers sounds appealing to you, reach out to us today and make an inquiry.