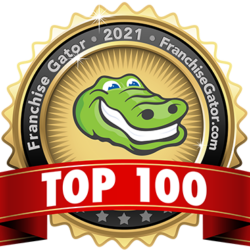 February 12, 2021 // Franchising.com // Lutherville, Md. – Celebree School, a leader in early childhood education with 50 open or under development school locations in 12 states, today announced its inclusion on Franchise Gator’s 2021 “Top Emerging Franchises” list. This is the eighth year that the online franchise directory published a top emerging ranking. The list highlights developing franchises with 50 or fewer units that have shown promising signs of strong growth.

“It’s a wonderful accolade to be included on Franchise Gator’s list of top emerging franchises,” said Richard Huffman, founder and CEO “Our franchise model is built on Celebree’s proven success over the last 25 years and we are excited to continue our growth by partnering with like-minded entrepreneurs.”

Celebree School Grows People Big and Small™ – starting with students who range from six-weeks to school age and extending to parents, teachers and directors. Now people who want to own their own business can be part of Celebree School and channel their passion for the community into the success of their school.

“We created this list because we know that many who are interested in a franchise opportunity are seeking to join smaller systems,” said Eric Bell, general manager at Franchise Gator. “They are looking for a wave to ride. We wanted to present them with a list of companies who, according to the information we gathered and their most recent Franchise Disclosure Documents (FDD’s), look like they are putting all of the right pieces in place.”

To formulate the rankings, Franchise Gator, one of the leading destinations for those seeking to invest in a franchise opportunity, reviewed 100’s of FDD’s. Growth in units, turnover, and financials were some of the items taken into consideration. The staff also reviewed awards, executive teams at each franchise, and participation in the industry.