Virginia Proves to be an A+ Market for Celebree School: Announces 13 Signed Franchise Agreements 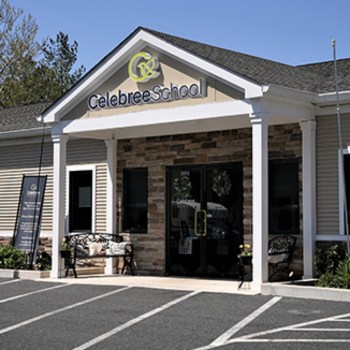 Community Energy Grows as School Gets Ready to Launch Mid-Winter

ARLINGTON – Celebree School, a leader in early childhood education that provides infant and toddler care, preschool, before and aftercare, and summer camp programs, is capitalizing on growth potential in Virginia. The brand announces 13 franchise agreements in various stages of development across the state, plus an additional seven schools under future development agreements. Of these, four schools are projected to open in Arlington, Herndon, Alexandria, and Dulles by the end of 2023.

“After developing successful schools in our home state of Maryland, Virginia was a natural next step as a target growth area for our continued franchise expansion,” said Richard Huffman, Founder and CEO of Celebree School. “With strong demand for high-quality early childhood education and brand awareness from our successful corporate schools in a neighboring state, we’re eager to get these new schools open and operating to best serve the community.”

Celebree School lives by its promise to Grow People Big and Small™, and was founded on the belief that success in early childhood development is equal parts curriculum and a connection that extends beyond the classroom to address the needs of the whole child and the whole family. Each Celebree School is a village made up of parents, children, and educators with a focus on curriculum-based care that prepares your child for kindergarten and beyond.

Programs are available for children six weeks to 12-years-old with unique curriculums designed to develop positive social skills and values while allowing children to learn about their world through age-appropriate play, projects, and activities. Care is available part-time or full-time, and parents are allowed to drop in and visit at any time.

“With a 25-plus-year history, we’ve built an incredible infrastructure for growth. By partnering with like-minded franchisees who believe in our brand and our mission, we’re poised for long-term success,” added Huffman.

As franchise development continues to surge, Celebree School is looking for qualified and engaged individuals seeking single and multi-unit opportunities who are involved in their community, have a passion for childhood education, and are eager to explore the world of franchising.

Founded in 1994, Celebree School is a leader in early childhood education that provides infant and toddler care, preschool, before and aftercare, and summer camp programs. With a mission to Grow People Big and Small™, Celebree School believes success in early childhood development is equal parts curriculum and connection. Each school employs a customized program that addresses the physical, social, emotional, and academic needs of children and follows applicable state guidelines. In 2019, Celebree School launched its franchise offering. Learn more about how we grow confident children who are prepared for school and life at Celebree.com. Connect with us on Facebook, Twitter and LinkedIn.