Getting to Know Our Franchise CEO – Richie Huffman 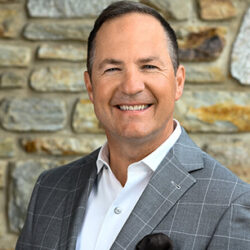 To learn what Celebree School is all about, it’s best to start from the beginning. The story of Richie Huffman, our company’s Founder, President, and CEO, offers a unique perspective on our approach to child care, our brand’s history, and our ultimate vision for our franchise and franchisees.

Read on to hear all about Richie’s success with building this company from the ground up and his mission to expand our franchise into communities with a need for reliable, neighborhood-oriented child care services.

Exploring the Origins of Our Franchise

Richie’s experience with the child care industry goes all the way back to 1984, when his mother first opened a daycare business. He was able to see first-hand the impact early childhood education can have on young learners and their families. With this unique insight into business ownership added to the nurturing mentorship he received from his parents, Richie developed a passion for child care and natural business instincts that have facilitated his success to this day.

In 1994, Richie chose to leverage his skills and experience to start his own child care center. The first Celebree School opened its doors in Ellicott City, Maryland and quickly became only one of many Celebree Schools in the area. In fact, Richie transformed the Celebree brand from a single school into the largest privately held chain of child care centers in the state.

You may be wondering how Richie was able to expand the reach of Celebree School so successfully. It all boils down to the brand’s overall mission, which is “Growing People, Big and Small.”

In addition to emphasizing the importance of child-centric care, Celebree also facilitates the growth of center owners, teachers, and staff members. By investing in their professional development and helping them reach their full potential, we ensure these professionals are able to do their part in helping young learners thrive.

Building a Franchise with Heart

After launching 26 corporate-owned Celebree locations, Richie made the decision to share the secrets of his success with other entrepreneurs who have a heart for families in their community. “I think I have the best job in the world,” Richie stated during a recent interview with iHeart Radio’s “CEOs You Should Know” series. “It’s so much fun and rewarding,” he explained, “we just want to share it with others.”

Giving potential business owners the opportunity to open their own Celebree School is one of the most exciting parts of his company’s success. Each time a new Celebree location opens in another community, it’s a chance to bring high-quality, education-based child care to the local area.

Celebree is also particularly choosy about where its centers open. Richie has an excellent intuition for determining where Celebree’s vision of child care will be appreciated by local families. Through purposeful growth to communities with a high demand for early childhood education, Celebree School is becoming a leading choice for child care across the Mid-Atlantic region.

Guiding the Growth of Our Franchisees

Of course, Richie’s expert site selection process and proven business model aren’t the only elements crucial to the brand’s success. What’s also incredibly important is Celebree’s partnerships with entrepreneurs who want to make a difference in their neighborhoods.

Owning a Celebree School is not a one-time business deal. It’s an ongoing investment in one’s community and oneself. Richie has stated it’s his priority to “never let our franchisees ever become bored once their business becomes successful.” Instead, he seeks to nurture and mentor franchisees in the same way he was mentored as an up-and-coming business owner. “People want to be challenged and people want to grow and they want to do well,” he said. “If you give them the resources and the opportunity, they will prosper.”

If you’re looking for a franchise opportunity that allows you to make a meaningful impact on your community, consider partnering with Celebree. Contact us today at 610-764-6196 to learn more about our comprehensive franchise packages.