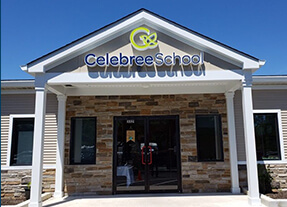 Over the past 25 years, Celebree Schools™ have been a place where children can feel right at home as they learn and grow. Today, we’re excited to share that our schools also enable community-oriented entrepreneurs to find professional homes in their local areas. Our child care franchise owners have the opportunity to utilize our nationally accredited curriculum and carefully crafted early education system while operating according to the unique needs of parents and children in their neighborhoods.

After spending more than two decades establishing solid roots in the Mid-Atlantic region, we’re proud to be expanding our child care franchise to the beautiful state of Ohio. As our business model has always focused on a core concentration of schools, this expansion is part of the purposeful growth of our franchise.

We look forward to bringing like-minded professionals onto our team who are ready to share the Celebree difference with their local neighborhoods in some of Ohio’s largest cities.

Why We Chose Ohio for Child Care Franchise Expansion

Ohio offers ample opportunities for the growth of a child care franchise. As the seventh most populous state in the country, and with almost a full quarter of that population under the age of 18, there’s a major need for high-quality child care in the Buckeye State.

Furthermore, the population is not centralized but rather spread across the state in several major metro areas. This means there are plenty of opportunities for individuals, who are passionate about early childhood education, to establish child care franchises in communities where they’ve already put down roots.

As the concept of being part of a neighborhood is central to our brand identity, we encourage franchise owners to open their Celebree School where they already have local connections.

Target Markets for Our Child Care Franchise in Ohio

If you’re a Ohio resident, you know just how unique its major cities are. While each of these areas has its own history, culture, and soul, they do share something in common. From the central capital city of Columbus to Cleveland on the shores of Lake Erie, Ohio’s major cities are home to hardworking families who need access to reliable child care.

In fact, almost 400,000 working mothers in Ohio have children under the age of six. Most of these working mothers rely on some form of child care while they are at work or to supplement and enrich their children’s education. Over the past two decades, family day care has declined and the use of more formal center-based care has steadily risen.

According to Policy Matters Ohio, “Child care in Ohio is also often low quality which means that children aren’t getting the enrichment they need at a time in their life when high-quality care is essential to future success.” At Celebree Schools, we’re seeking to change that by making exceptional care and early childhood education accessible throughout the state.

Learn more about the target markets of our child care franchise below.

Are you inspired by our mission to bring high-quality, educational child care services to the great state of Ohio? If you’re ready to leverage your skills to make a positive contribution to your neighborhood, we encourage you to inquire about our child care franchise opportunities today! For more information please call 610.764.6196 or contact us online.