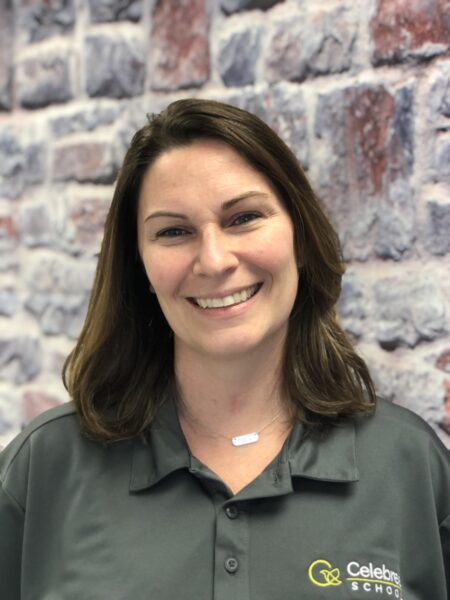 Kelli Amrein had been working in the early childcare education industry for nearly two decades before she decided to take the leap into entrepreneurship and become a Celebree School franchise owner. Her inspiration – her late father, who encouraged her to follow her passion and take risks.

Amrein has held nearly every position in the world of early childhood education, she’s served the role of teacher, School Director, and more.

After seven years as School Director at an early learning center, she was looking for a new experience with a school she better aligned with. She took a few steps down in the hierarchy and became an infant teacher at Celebree School. From there, she worked her way up to Education Director – playing a critical role in helping strengthen several Celebree Schools, gain accreditation, and grow enrollment numbers in schools across the district.

Sadly, during this time, her father was fighting a difficult battle with cancer. This brought on a lot of reflection. Her father once had the opportunity to follow his passion for entrepreneurship and co-own a business in his earlier years, but he turned it down, finding the risk too much as the breadwinner with two young daughters. Fast-forward, that business partner has now build a successful multi-million-dollar empire – a missed opportunity.

When her father passed, Amrein, her husband, and her mom wanted to honor his memory. She knew the best way to do so would be to follow her passion in the field of education and pursue the entrepreneurial dream her father missed out on.

That’s when the trip decided to become Celebree School franchisees – opening their first school in Elkridge, MD and fully immersing themselves into Celebree’s promise to Grow People Big and Small.

Interested in franchising? Celebree School is looking for qualified and engaged individuals seeking single and multi-unit opportunities who are involved in their community, have a passion for childhood education, and are eager to explore the world of franchising.