Going Plastic Free: Why Avoiding BPA May Not Be Enough 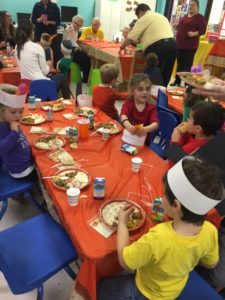 The Dangers of BPA-Treated Plastic

Bisphenol A (BPA)–a chemical used to harden plastics–was and still is commonly used in a wide range of plastic products, including child-oriented ones such as baby bottles, some pacifiers, baby formula cans and more. Manufacturers’ use of BPA has made headlines in recent years due to serious health concerns, as research has shown that BPA could have a negative effect on the endocrine system, the brain and heart. Furthermore, chronic and regular exposure to BPA could increase the risk of cancer, obesity, diabetes and ADHD. Most troubling of all is the heightened effect BPA can have on infants and young children: because their growing bodies are less efficient at eliminating toxins and harmful substances, the effects of BPA may be more severe if exposure starts at an early age. This includes during gestation, as a pregnant mother’s use of BPA products can directly and negatively impact her developing child.

The Dangers of BPA-Free Plastics

After concerns about BPA-treated plastic became more widespread, manufacturers began developing lines of BPA-free plastic products. In Maryland and Delaware, legislation was passed banning the use of BPA in baby bottles, sippy cups and other child products.

However, BPA-free products often use Bisphenol F and Bisphenol S–BPF and BPS–as an alternative for hardening plastic, and unfortunately, new research has begun to show that these compounds may behave similarly to BPA in the human body, especially mimicking it’s endocrine-disrupting quality. After testing BPA-free bottles for estrogen-like chemicals, the Oakland, California-based Center for Environmental Health found that more than a quarter tested positive for estrogenic activity. This has the potential to wreak havoc on the endocrine system, which is responsible for regulating the body’s hormone levels. Another study found that even a one-part-in-one-trillion exposure to BPS could negatively impact the normal functioning of a cell, and even cause cell death.  Despite these findings, more research will be necessary to adequately understand the full range of risks BPS and BPF present to our health.

While research on BPS and BPF is still in its infancy, it may be advantageous to avoid all plastics–not just BPA-free ones–as much as is reasonably possible. Many manufacturers are developing and producing metal, glass and silicone baby bottles and sippy cups, all of which are BPA-, BPS- and BPF-free. Check the packaging of metal baby formula cans to ensure they are BPA-free–some metal cans are lined with BPA-treated sleeves. Limit consumption of canned food, and choose food packaged in glass containers. Store food in glass, metal or porcelain instead of plastic. At Celebree Learning Centers, we believe in maintaining the safety of all children, and as such ask parents to send children to their Learning Center with food stored in non-glass containers, in order to prevent broken glass from causing injuries. Silicone or metal containers, paper bags, oil cloths or other non-plastic alternatives should be used to store food for children instead. Also, avoid handling thermal paper receipts, which are often provided at grocery stores and retailers, as they are commonly made with BPA, BPS and BPF–if the business provides it, opt for an emailed receipt instead.

If avoiding plastic altogether is not an option, there are ways to mitigate the risks that BPA, BPS and BPF may cause. Never heat up food in plastic containers, as exposure to heat can cause BPA, BPS or BPF to leach out of plastic and into food. This also means not cleaning plastics in the dishwasher, or pouring boiling water into plastic containers. Even excessive sun exposure can increase these chemical’s ability to leach into food and other substances. Because infants and young children may be more susceptible to the negative effects of these chemicals, limit their contact with plastic as much as possible.

Celebree Learning Centers Has Your Child’s Safety in Mind

At Celebree Learning Centers, our goal is to provide your child with a safe environment for development and learning, and we wish to extend our knowledge of child development, safety and education to all our parents and caretakers. For more information about our unique and educational programs, contact us today!